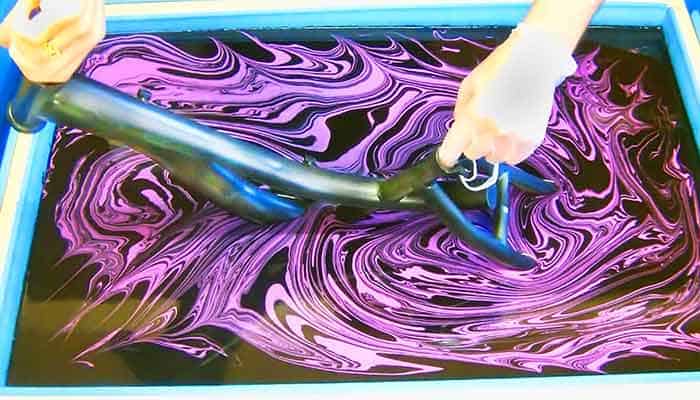 If you are naturally artistic and a color enthusiast, you may want everything around you to take a new look. Printing graphics on your 3-D objects is certainly a great way to do this.

If you are already curious, this piece will satiate your thirst for artwork in a great way. You will learn how well you can customize superb designs from the comfort of your home.

A hydrographic design is usually created by printing particular ink onto clean, water-solvent film. The good news is that if you have the best hydro dip equipment, you are qualified to execute this at home.

You might be wondering, though, what a hydrographic film is. What is the procedure for hydro dipping?

Continue reading for additional information on these and other topics.

What is hydro dipping film?

A hydrographic dipping film is a unique sheet of paper and it’s also known as a hydro imaging or immersion printing film. It’s available in three different widths: 12 m (19.7"), 1 m (39.4"), and 1.3 m (51.2"), and it is used to soup up surfaced 3-D objects with hydrographic patterns. Depending on the intended hydrographic patterns, you can use one of the hydrographic film types listed below.

Camouflage film hydro dipping can be used on a variety of surfaces, including shop counters, bottles, and headgear.

It’s a cost-effective approach that will give your surface a long-lasting appeal. Carbon sheets can be applied to any item, regardless of its size, design, or model.

This design comes with vibrant inks, and realistic rough textures. The greatest hydro dipping films create an object that seems like it's constructed of real hardwood or softwood a breeze. Each printed wood hydrographic pattern has a higher level of durability and will last a lifetime.

Burlwood is a very unique wood pattern. This is a section of a tree's growth and it can be caused by ungerminated bud tissues or microbe infections. In an entirely separate circumstance, burlwood can result from insect infestation or an injury. The finished product resembles an aberrant growth pattern with ripples, tendrils, and other natural patterns.

Brushed walnut, black walnut, and hickory are some of the other conventional wood grain styles. This hydro dip film can be used on any three-dimensional object. As a result, most auto fanatics use it to replace parts when renovating an antique vehicle. On the other side, artists utilize it on carvings and spherical objects.

If shopping for the best hydrographic film, remember to choose the best printer for hydrographic film. It's also important to consider the hydro transfer film's components in a package as well as the origin of its blank film. Here are some films for your consideration; 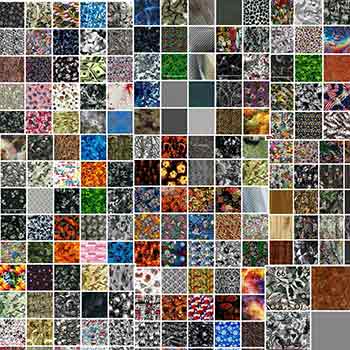 This is a water transfer printing film with five random hydrographic design illustrations. They measure at least 19 x 15 inches in size, making them ideal for relatively large surfaces as well. You will find all the five films useful, depending on the various surfaces you intend to print.

If, for instance, you intend to decorate parts of your house or vehicle with different designs, this is the ideal printing film to use. It is not only fast but also fascinating to watch the whole process. Presented with many surfaces, you can achieve so many decorations within seconds. But, you must have familiarized yourself with the process, or you might take unnecessarily long.

Here, the results are even better because of the multifarious films that this set comes with. You should also expect very sapid results with a long-lasting effect. However, proper maintenance goes a long way. If you keep scratching the surface, the effect won’t last long.

Also, making mistakes in the imprinting process could give you freckled results, which wouldn’t last long enough. Ensure you order your hydro dipping pack from a reputable brand. The best products come with excellent emulsifying properties, ensuring faster and better results. 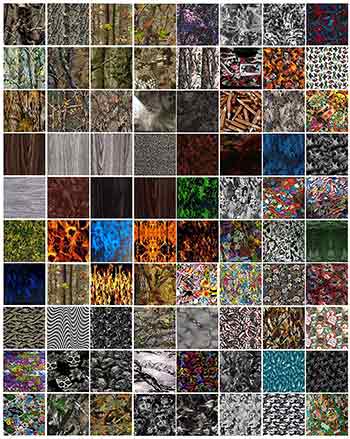 It has a cubic coating of 10 indiscriminate packs, each having a length of 10 meters. Every pack is 16.5 inches long, 3.3 feet long, and 0.035mm-0.05mm wide. Its blank film is made in Japan and quality is guaranteed. This film will go a long way when printing surfaces on vehicles and other wide places.

You will especially love the customized finish you get from this film. Since it dissolves in water, you will complete the process within a short time. Usually, such films disintegrate so fast when floated on water and an activator appled.

However, you must have the best quality tape for a flawless process. Remember you need a good one for taping the sections you intend to cover. You should also have learnt how well to do the taping. It saves you a lot of time when doing the actual job.

The 10 pieces it comes with are enough to do a significant job and give you amazing results. Also, 10 meters length is good enough to cover a large surface all at once. With this film you have no reason failing to deliver, considering that the film comes with a good thickness, minimizing any chances of errors. 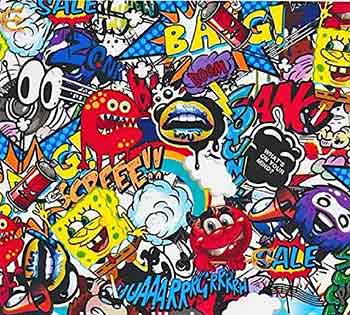 Its hydrographic pattern is a cartoon bomb, as the name implies. The PVA film measures 19 X 38 inches per meter. This is usually a perfect choice for people with kids. You can buy your kids’ favorite theme and print it on their toys, tablets, or basically anywhere you wish.

This film is the best when imprinting crisp, attractive cartoon graphics. It’s convenient and easy to use if you’re good at following the procedure. If you have done it before the process could take even 30 minutes, although it depends on the size of surfaces you intend to print. The other impressive thing about it is that they have a full collection with many designs.

If you wish, you can involve your household in the imprint process. This is especially if you have curious kids. Allowing them to choose from the range of patterns will make the exercise even more interesting.

Given that this film is among the best qualities and top technology in the market today, it doesn’t hurt to explore it further. It’s also a pretty fast exercise because the film is made of polyvinyl alcohol. This is probably the best material for this job. 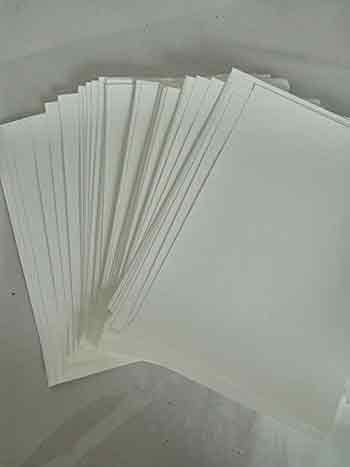 This unique paper is a one-of-a-kind polyvinyl-acetate film with an eye-catching printing coat. Because the PVA film should be veneered with a plain PET or lustrous support paper, it ensures easy printing. This hydrographic film for water-inclined pigment ink and latex printers comes with several suitable measurements. They include, but are not limited to, 1m, 1.27m, A4, A3, and 0.42m.

The ECO ink printer's empty hydrographic film is the most steady and has the best stretch. It's printed on distinctive ECO ink laminates and can be used to create large-scale illustrations. This film's storage isn't difficult, and you don't have to immerse it right away. At the same time, because it will not roll up, you do not have to seal all of its edges.

The important point is that you can use it for hydrographics with the exception of an activator. It is also worth noting that the printing paper for a water-inclined ink printer must be kept in a dim and cold environment. It is necessary to allow water to get absorbed and dehydrate properly.

Avoid overly wet or sunny rooms, as they will wreak havoc on you. Again, if you do not adequately care for the white hydro dip film, it will not function properly. So, after you've printed a design on it, spray it with the activator to adhere to the graphic.

The first thing to consider in this imprinting process is choosing the best hydro dip kit. Typically, the thing you want to furnish passes through an entire coating process first. The best hydrographic film must then be positioned.

Make certain that the film leaves an imprint on the edge of the water of the chosen hydrographic design. According to the experts, the water temp in the dip cylinder should be 90 degrees Fahrenheit (32 degrees Celsius). Let the clean film settle on the water surface for 1 minute before spritzing it with an activator for best results.

It should decompose and return to a liquid state after spraying. You'll also note that as you submerge your object, the pattern will curl around it due to the surface tension of the water. Allow the patterning to finish before rigorously rinsing away any leftover residue.

The paint adheres to the surface and is difficult to remove. The activator's chemical ingredients soften the bottom layer, resulting in this adhesion. It then makes it possible for the ink to adhere to it. However, if the activator is applied incorrectly, both surfaces will not compact properly.

The issue can also arise if you apply an unnecessary quantity of activators. Thankfully, a good hydrodipping kit comes as a whole set. An activator, top paint, base paint, universal primer, water transfer printing film, inhalator mask, mittens, scuff padding, and a step-by-step guide are included in the kit.

Other typical blunders to avoid are:

You may have realized that purchasing the best hydro dipping film alone is not enough. The ability to do it correctly is also required, or you will end up with a blotchy paint job. Furthermore, you must be aware of the common hydrographic errors that can lead to a poor outcome.

If you already feel like you're ready to give your car a makeover, go ahead and do it. You now know where to get the right materials and how to use them. And, no, it doesn't have to be a car; you can do it on any surface.

10 Best Paper Cutter and Trimmer Reviews 2022 By An Expert

Best Printer For Cardstock Invitations in 2023

What Size Heat Press Do I Need: Ideal Size
How to Apply Heat Transfer Vinyl With an Iron
Tips to Extend the Life of a Printer
Top 12 Best Screen Printing Machines Reviews in 2023
T-shirt Printing Materials Checklist for Beginners
Best Printers For Canvas: Reviews 2023 (Recommended!)
Best Printer for Cricut Print and Cut in 2023